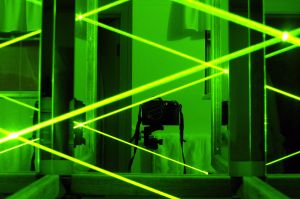 Most people did not think much of lasers back in the day, but technological advancements resulted in further development for its use and application in various fields. These days, lasers are an essential in mining and construction sites across the globe, and it is also a crucial innovation in the field of medicine.

Buying a laser used to be easy because of the limited choices, but it now requires more research. Lasers now come in different colors—green, red, blue and yellow—and function in different ways, too.

Green light lasers are the most common and popular today. As a leading manufacturer of underground laser alignment tools, Laser Tools Co. Inc. shares that green laser light is ten to 50 times brighter than the red light lasers. This means improved visibility of laser lines or dots, even during broad daylight and in direct sunlight. It can travel longer distances of up to three miles, which is why it is an essential in various industrial worksites. Its wavelength is 532nm and its power is 5mW to 130mW.

Red light lasers were once the standard, but lost its supremacy down the road. Red lasers lack the power and distance possible in newer models. Red lasers use diodes, optics, and various electronic components. Its wavelength is 630-680nm and its power is 5mW and below.

Blue light lasers have a shorter wavelength compared to red lasers, allowing for stronger focus or resolution in very fine structures in imaging applications. They are used in interferometers like compact discs, laser printers, digital photofinishing, data recording, and CD and DVD players. Its wavelength is 445nm and its power is 500mW.

Yellow light lasers are commonly used in hospitals and have good effects on several viral infections, multiple sclerosis, and helps patients with panic attacks, depression and anxiety disorders. Its wavelength is 593.5nm and its power is .6-19mW.

Lasers have grown in use and popularity because though they are small and light, they have powerful features and exceptional functionality.