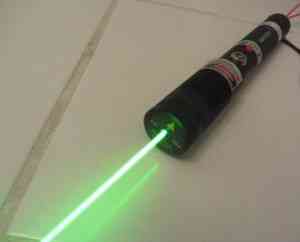 Lasers are shining their light into outer space, and if this tech improvement goes according to plan, it might help NASA and other space agencies explore space and boldly go where no man has ever gone before.

The Light to Improved Docking

In 2014, the European Space Agency (ESA) managed to complete a new docking technique by its fifth and last Automated Transfer Vehicle (ATV), the Georges Lemaître. The ATV captured the International Space Station (ISS) in a new light using a set of experimental lasers and sensors that, if successful, may give rise to the next-generation of automated docking systems.

This advanced technology will be a big step towards making life easy, not just for the space agencies, but for the common folk, as well. For the National Aeronautics Space Administration (NASA) and other related agencies, the development of the new laser and sensors will be crucial for their increasingly-ambitious missions to explore Mars and beyond.

Lasers and sensors for docking are not really new. LaserToolsCo.com, a supplier of quality marine lasers, explains that laser-guided docking is present in many every day settings. One type of marine helps captains dock their boats properly into tight docks. Another type allows remotely-operated underwater vehicle (ROVs) to get a better look of what’s down deep.

The laser-guided docking system currently in testing use the same principle as the ones used in ROVs, ordinary boats, and docks.

Using the new system, the ESA successfully completed five automated dockings, safely affixing the ATV carrying supplies to the ISS. The docking of the Georges Lemaître represents the first field test of a new docking system that could replace the navigation sensors currently used by NASA, ESA, and other agencies.

With the experimental Laser Infrared Imaging Sensors (LIRIS) and a new lidar (sort of a radar that uses light instead of radio waves), the ISS was able to track and guide the ATV into position. The new technology presents a whole new set of possibilities, including tracking capabilities in both sunlight and darkness, as well as long range alignment and target acquisition features.

In time, the experimental laser technology—especially with its capability to dock with inert objects—could help in de-orbiting space junk or even allow spacecraft to dock around a distant planet.